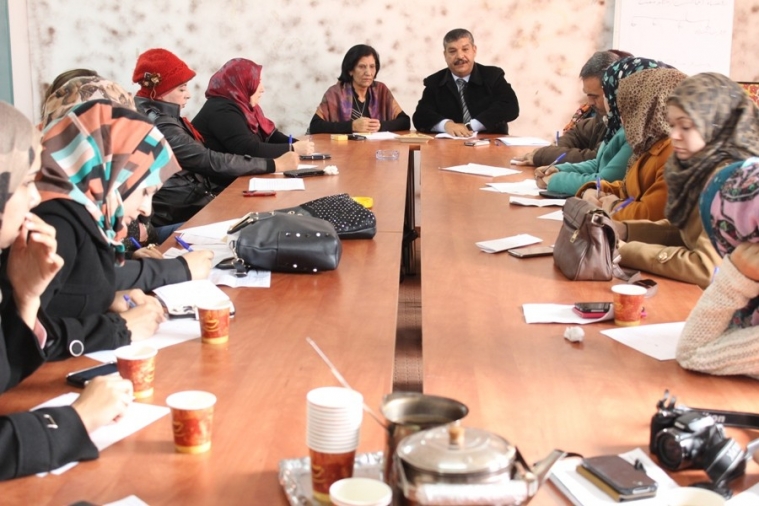 In cooperation with Political and National Guidance Body, AWCSW conducted a workshop revolved around “Promoting Women’s Participation in Political Life”. The beneficiaries of the workshop were female university students that are activists in the targeted villages of "Enhancing Palestinian Women's Participation in Public and Political Life" program. The workshop was directed by Mrs. Rabeha Diab, Head of AWCSW, who talked about women’s political participation and struggle throughout history. The discussion was continued by Mr. Nasir Nimr, Commissioner of Political and National Guidance Body, who pointed out the most distinctive roles of women in politics as during the British Mandate in 1921 and Buraq Revolution in 1929 in which nine women were killed by British soldiers. However, Mr. Nasir asserted that women are still participating in politics till today.
At the end of the workshop, Mr. Nimr emphasized on the importance of raising women quota to 30% and promoting the role of bodies and committees supporting women. He added that it’s essential for women to be fully aware of their rights in order to achieve their planned objectives.