The Silent Solidarity March was developed for women to draw attention to the suffering of the Palestinian people and call for international support. This activity was planned in response to the general funding crisis for both Palestinian government and NGOs after Hamas won the election on January 2006, internationally imposed economic sanctions and the resulting, rapidly deteriorating economic, health and education circumstances. The economic boycott has jeopardized the existence of local NGOs which provide valuable services in the educational and health sectors as well as capacity building to the development of a democratic Palestinian society. The sudden lack of funding has forced NGOs to freeze and even cancel important programs aimed at empowering and assisting the Palestinian people. This form of collective punishment is not one that can or should be ignored until “things get better”. It is important that Palestinians protest the hardships imposed on them through peaceful means so as to bring their plight in the international spotlight. 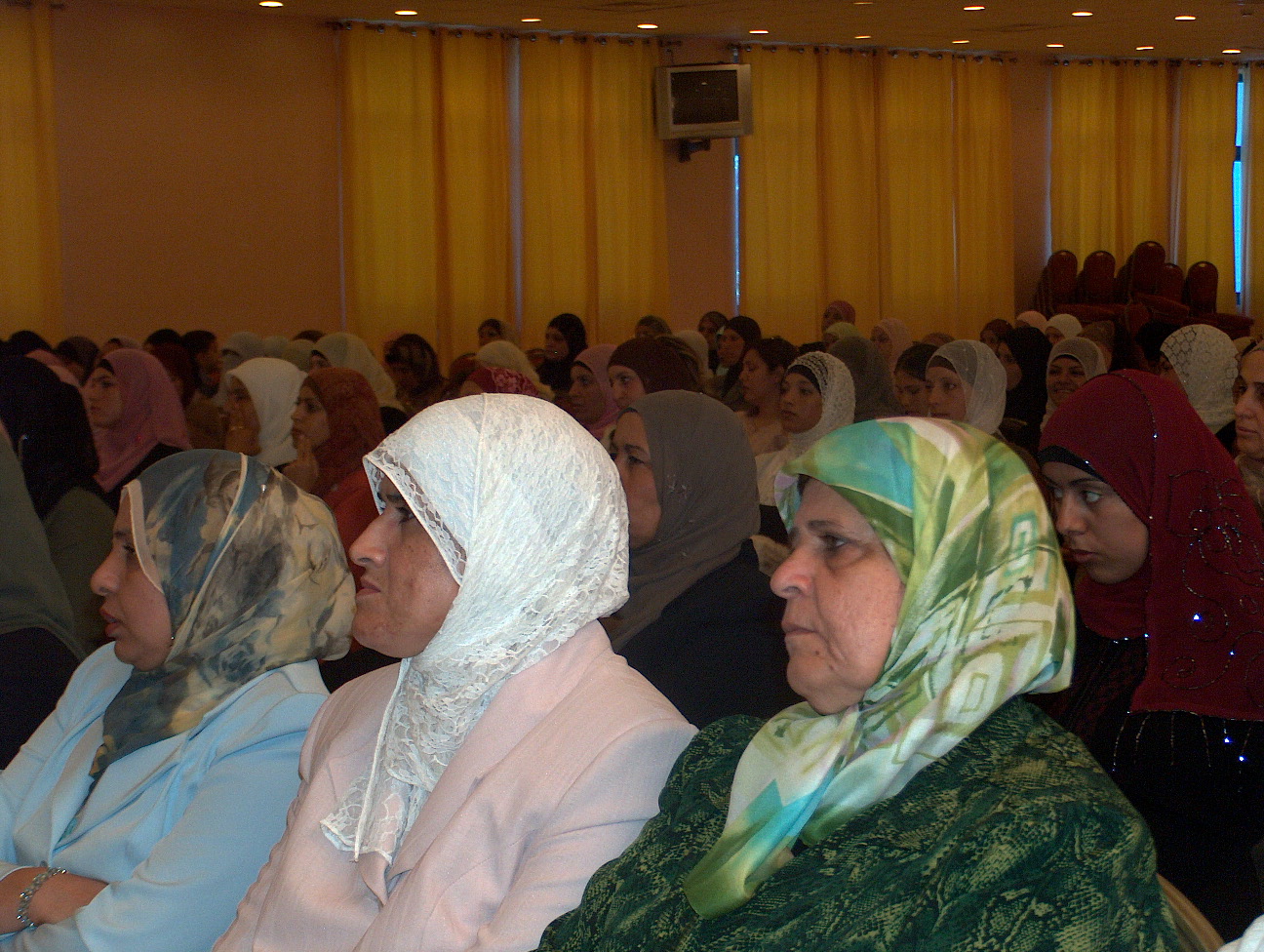 The Workshop on Gender Equality “Leaders in Practice” aimed at providing an opportunity for the trained leaders and elected women officials of the Ramallah region to come together, share their experiences and identify major obstacles blocking them, as well as discussing how to enhance gender equality. Women around the globe celebrate IWD on 8 March every year. This special day is used to renew commitments and stress the importance of women's struggle for and enjoyment of all their rights in accordance with international standards and conventions. In addition, this day comes as a reminder of the pioneering role of women in different social, cultural, economic, and political spheres. 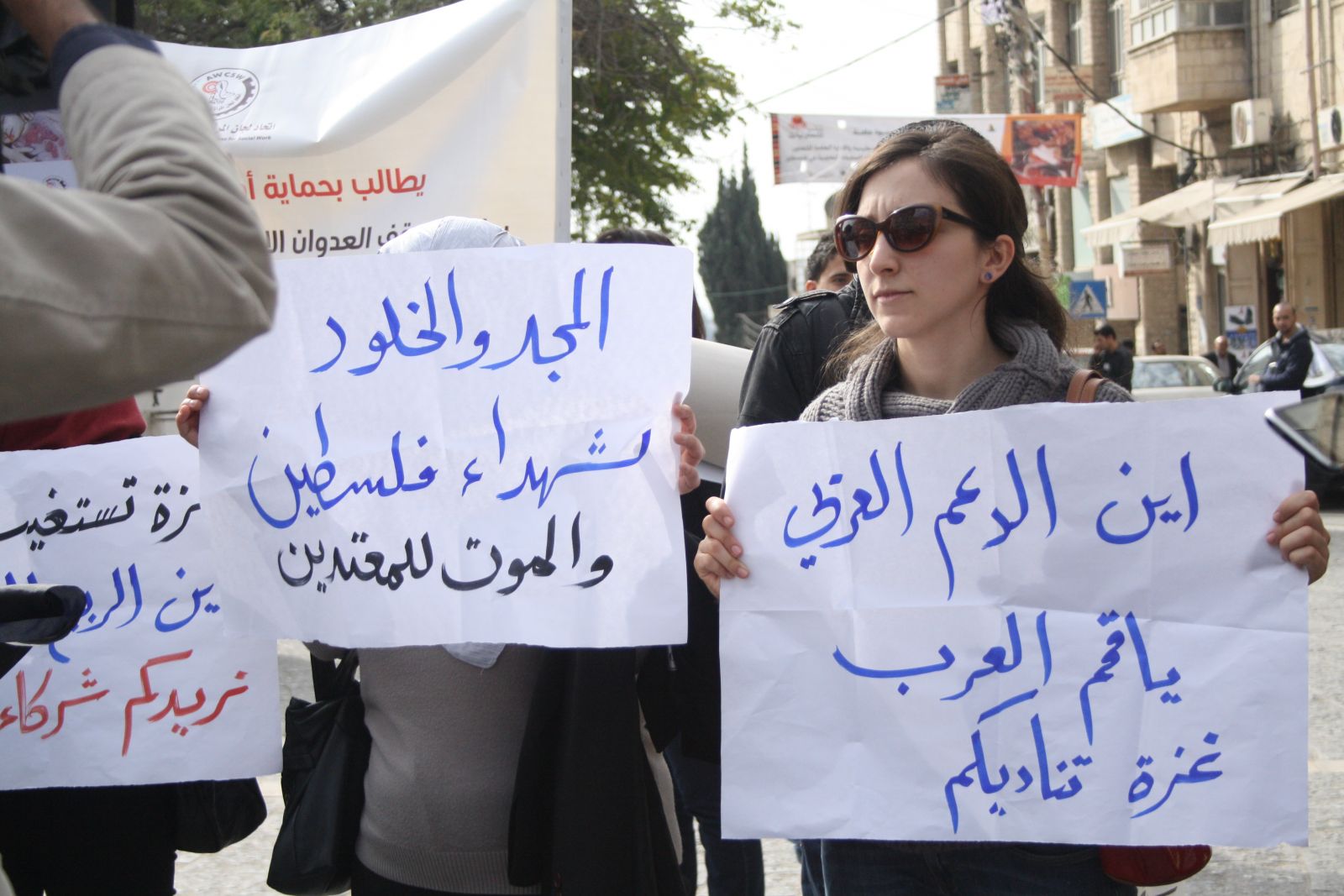 The Solidarity Day with Gaza was an initiative intended first of all to show solidarity with our people in Gaza in the heat of the War on Gaza, and secondly to strengthen the active political participation of Palestinian women from rural communities, facilitate networking and increase unified initiatives to the advancement of women’s human rights Palestinian women in the West Bank felt the need to mobilize and show their solidarity with the fate and suffering of our Gazan sisters and their families. AWCSW planned this day of solidarity and peaceful protest against the war and occupation in answer to this need, and the need to stand together as one people, particularly in such hard times. AWCSW managed to unite women from communities all over the central and northern West Bank and from all walks of life, political affiliations and beliefs. The organization of this day helped us further to reinforce our ties with recently trained women activists from all over the West Bank and for them to practice their leadership and organizational skills and so gain more public attention and respect. The activities planned for this specific day therefore helped – within its limits – in advancing women's human rights locally, nationally and internationally. Due to the ongoing war and other solidarity actions organized nationally and internationally, our initiative received little media attention. However, participants praised us for the initiative and many donated generously in support for the children with war trauma in Gaza. 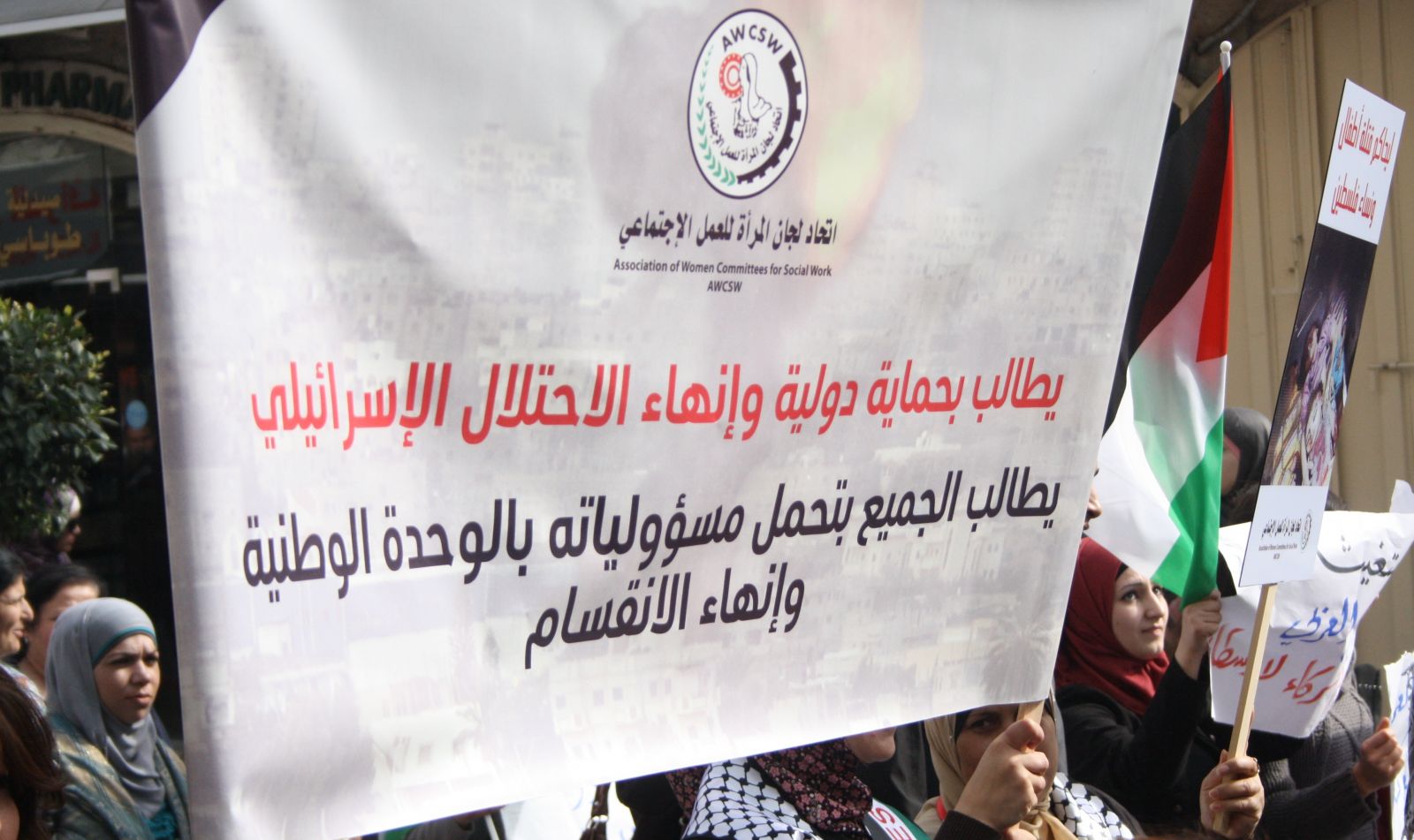 The enormous success of AWCSW’s Solidarity March with Gaza in 2008, has been our immediate incentive to develop this initiative. Thus, the AWCSW believes that these kinds of efforts are required to encourage and support women involvement in the local political life, as well as to help them organize, act on and express their concerns, regardless of age, sex, religion or political affiliation. For this march we proved that Palestinian women from all walks of life within the Palestinian community have the full capacity to stand up for their beliefs to enhance and promote their role in private and public life.