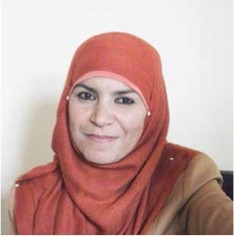 "Our goal is to empower women in the oPt to effectively be represented publicly, political and socially," AWCSW explained. These were the motives behind starting a program named “Enhancing Palestinian Women’s Participation in Public and Political life” in response to the existing context and reality of Palestinian females facing many challenges in the field of gender equality; starting from discriminatory laws limiting women’s representation and ending by the traditional social norms accompanied by occupation situations negatively affecting Palestinian living conditions.

AWCSW worked to create a spaces and opportunities for women to engage in public and political life, building capacity of women in leadership, promoting and establishing alliances, enhance awareness and openness around issues of concern to women and gender equality. AWCSW adopted a long-term community-based strategy involving not only women but also local key stakeholders such as ministries, locality councils, CSOs & CBO’s in a sense of establishing a social cohesion and community ownership.

Most notably, Fund For Gender Equality – UNWomen funded the program where the community’s response to the initiative was also overwhelmingly positive and has since generated a lot of support for the program activities and initiatives, raising hopes for more engaging activities for women.

Participation in the program has raised the spirits of the female beneficiaries. They are always excited and eager to attend their capacity in different aspects with AWCSW’s support, young women also got their chance to participate, and they now have a voice to call they are heard.

Mrs. Mervat Ghannam, an electric engineer, who has been recently elected as a member in Beit Our A-tahta village council along with Mrs. Fatema Badran, Mervat mentioned that AWCSW intervention helped in building her capacities and skills enabling her to take a leading position among the council members. She attended a number of training workshops together with other nominees with a focus on gender rights awareness, communication, proposal writing, lobbying and advocacy campaigns.

Mrs. Mervat added that the association through the training courses she attended helped her to improve her personality, qualities, skills and capabilities primarily in how to be more patient and responsible in the council. She finds herself more capable to listen to people’s concerns and needs and to address them as well.

She also emphasized that women are able to take decisions at work places despite the challenges due to traditions in a masculine community. She pointed out that educated men don’t allow women to participate in most cases as they can only see them as house wives. However, men become proud of women when they see their achievements.

Mrs. Mervat added that she faced a number of difficulties from the surrounding community but managed to overcome  them with the support of her family and children. She thinks that Palestinian women need  to take  their chances to  prove their abilities in their communities. In her viewpoint, the fact that women are not given their chances to improve is resulted from ignorance of the importance of their role and the solution lies in raising community awareness and educating them.

She   finds   her   role   in   educating   school   students   through workshops which include feminists and community leaders. She thinks that activists should work on encouraging women to be more present in the public life. In her opinion, there should be collective work towards modifying the Palestinian curricula so it can promote women participation. She also thinks that Palestinian  media  should  address  women  relevant  issues  which  are different from using them in commercials and advertisements. Mrs.  Mervat  calls  for  stopping  all  sings  of  ignorance  towards women, primarily early marriages. When women get married at early age, they cannot educate and prepare their children for a better future and this results in having uneducated community. She also asks for fair laws as she mentioned that 27 women were killed during 2013 as there are no fair laws and most investigations show that the reason behind killing was mostly due to money and inheritance.

Quota system is unfair!!! Mrs. Mervat highlighted the importance of increasing women representation in the public life. She gave an example of the village council in her area. Women representation is only 92 due to quota in a masculine society. She also added that women are dedicated to their work and they can offer as much as men can and even more. On whether she would repeat her experience, she added that she will not be hesitant to go through elections again but she also believes that other women should be given the same chance as well. She will never hesitate to support any woman even for presidential elections.

She hopes to continue working to help her community, alleviate poverty and make sure that electricity and water are provided in every house in her village so she can be a role model for other women who would be encouraged to actively participate in public and political lives. She thinks that pioneering women should be honored for the impact they caused in their societies especially those who fought poverty and diseases. She concluded by thanking the association for their support.

Before continuing .... Mrs. Mervat engagement with AWCSW resulted in solving  health issue related to the primary girls school at Beit Our village – getting into details do you need it in general or specific step by step?

Looking forward to hear from you in regards.