Home / Successful stories / Successful stories
18/06/20143,238 View
The Association of Women Committees for Social Works is implementing a 2 year project entitled “Enhancing Women’s Participation in Political and Public Life” funded by the Fund for Gender Equality at a total fund of $450,000. 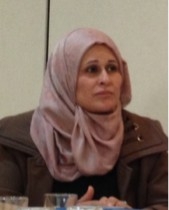 The Association of Women Committees for Social Works is implementing a 2 year project entitled “Enhancing Women’s Participation in Political and Public Life” funded by the Fund for Gender Equality at a total fund of $450,000.

“Very excited and highly motivated” described what she felt when acknowledged about AWCSW through the support of Fund for Gender Equality targeting Yamoun village as one of a 10 selected localities “It was one of the best opportunities that had been given, supporting my journey as a local elected women, in which enhanced my mind & perception with means and experiences on how to be a more effective council & community member” Ms. Laila Houshia of Yamoun council said. 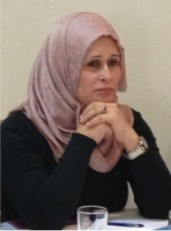 Like many rural villages in the West Bank, Laila Houshia lives at Yamoun, a community with many development needs.  Located about 6 miles to the north-west of Jenin city in the West Bank governorate of Jenin, Yamoun main economic activity is agriculture.  With a population of 18,000 people, Yamoun faces land confiscation form the Israeli military, unemployment, and social norms preventing the participation of the general community in the desired development.

Yamoun village is governed by a village council that had been upgraded lately into a municipality of Yamoun.  In accordance with the quota system, 2 women were elected into the municipality during the 2012/2013 elections.

Yamoun was selected among 10 villages/towns for the implementation of the AWCSW’s Fund for Gender Equality funded programme. The Programme comes in response to the existing context and reality of the Palestinian Women in general and at Yamoun in specific; where females are facing many challenges when it coms to gender equality; starting from the fact that laws are discriminatory whithin the current political sphere which is described as a male-dominated shpere markeing low levels of women’s representation and/or active participation especially women quotas, apart from the composition of the traditional social norms governing Yamoun society (tight tribal behaviors perceptions and norms, low educational levels of females and the general perception of women role by male citizens) connecting that with the fact that political parties actively orient and interfer continuasly within Yamoun society developmental issues, all that sinking under the circumstances of occupation affecting village’s living conditions at all levels…

To that empowering Yamoun females with self-steam and powering them with means and tools was a first block; by forming a supportive body of committee called Committees to Promote Women in Politics (CPWP) that is powered by representatives of the officially elected female council members, grassroots organizations female activists at the village level along with advocacy community members.

A programme of training was designed to increase the capacity of the women elected members of the local councils and other women local activists in Yamoun and the other selected villages.  The training programme focused on leadership skills, communications skills, lobbing and advocacy skills and the technical work of the municipality.  The two elected women local council members of Yamoun participated in the training , which increased their awareness about the importance of their role in the development of their communities and the need to foster relations with the community and other women to strengthen their approach and cause.

Following the completion of the training programme, an Advocacy Committee was established in Yamoun led by one women elected council member, Laila Houshia and a local activist, Fathia Sharqia.  The idea of establishing this committee came through the need to involve more women and men from the Yamoun community in civic and the political process.  A committee of 16 women and men was established, which has organized town hall meetings to “hear” from the general community, and to promote values related to gender equality, democratic principles, and participatory governing approach through connecting the general community with the local leaders.  In addition, the Advocacy Group organized community based initiatives.

Through these town hall meetings and hearing sessions organized by the Advocacy Group led by Laila and Fathia, a stressing need of constructing a primary school for girls was highlighted by the community.  Young girls in Yamoun have to travel a 2 mile journey every day to enroll in a neighboring village school, since no primary school for girls existed.  This issue was adopted by the local council and Laila and Ms Fathia decided to take the lead in finding a solution to this community need.

Laila and Fathia initiated the process of drafting a community petition which was supported by the Local Council and sent to the National Ministry of Education to request the construction of a Primary School in Yamoun.

On a parallel track, AWCSW continued working with the other beneficiaries from the different villages in the governorate (also in the Ramallah & Albireh Governorate) to establish a network of the beneficiaries,  A sub-committee was established comprised of selected members of the Advocacy Group in each of the targeted villages.  Laila and Fathia, part of this sub-committee for the Jenin Governorate, raised the issue of the primary school for girls to the sub-committee.  They highlighted the inability of the Ministry of Education to currently allocate resources to construct a primary school; only their ability to provide a teaching staff.    The sub-committee suggested contacting the Ministry of Religious Affairs & Endowments to ask for allocating a land for constructing the school.  Laila and Fathia contacted the Ministry of Religious Affairs and Endowments, which offered the first floor of the local Mosque to be used a s a primary school.

For now, Laila and Fathia are happy with using the local Mosque as a primary school, which is already functioning with a full teaching staff supervised under the Ministry of Education.  However, they insist that they will keep working with the sub-committee and the Advisory Committee established through the AWCSW Fund for gender equality programme to ensure that Yamoun will soon see a primary school for girls.

Mrs. Laila insist “From association with fellow women in the community I feel less lonely, meeting with citizens publicly exchanging ideas and lessening to needs had supported me, I would say there has been an improvement...”

Mrs. Laila Houshia hopes to continue working to help her community, alleviate poverty and make sure that electricity and water are provided in every house in her village so she can be a role model for other women who would be encouraged to actively participate in public and political lives. She thinks that pioneering women should be honored for the impact they caused in their societies especially those who fought poverty and diseases. She concluded by thanking AWCSW and FGE-UNWomen for their support.

متوفر أيضاً باللغة العربية:
The Association of Women Committees for Social Works is implementing a 2 year project entitled “Enhancing Women’s Participation in Political and Public Life” funded by the Fund for Gender Equality at a total fund of $450,000.
Newsletter
Videos